Showing posts from October, 2018
Show all

Book Review: A Clash of Kings (A Song of Ice and Fire, #2) by George R.R. Martin 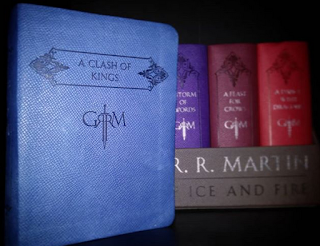 I know I'm late to the game with reading George R. R. Martin's A Song of Ice and Fire books . . . A Game of Thrones for you underlings, but I just can't get enough of them. I haven't watched the show yet. I'm old school; I like to read the book, or books, before watching the television show or movie. All the books in George R. R. Martin's A Song of Ice and Fire series take me at least a year to read. It isn't because they're difficult to read as far as the way they're written.  It's more that it is such heavy content, and there are a ton of characters. Because of this, I find myself putting it aside for a little while and then coming back to it. While reading A Clash of Kings , there were a lot of things that made think of other books or movies. One example is when Tyrion, Joffrey, Sansa, Tommen, and Cersei saw Myrcella off. They are on their way back to the castle, and the poor people are rioting and throwing rotten food at them. It
Post a Comment
Read more 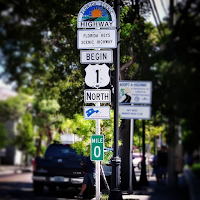 Last week, I went on my third cruise for vacation hoping third times a charm. On the previous two cruises, I experienced rough seas due to hurricanes brewing. I was in luck . . . it was smooth sailing the entire time. My cruise was six days and five nights and cruised to Key West in Florida, and Cozumel in Mexico. I decided to visit the Hemingway House and Sloppy Joes on my own in Key West. My first stop in Key West was the Hemingway House, which is just under one mile from the port and on the Florida Scenic Highway. I enjoyed walking to the house and being on part of the Florida Scenic Highway. On the way, part of the road was roped off by yellow police tape and police cars & motorcycles. From what I could gather, a bicyclist had been hit by a vehicle as there was a warped bicycle on the ground, and the police were taking photos of it. No cars or people were at the scene, so it appeared that it was in the investigation phase. Approximately a quarter of mile later, I arrived at
Post a Comment
Location: 907 Whitehead St, Key West, FL 33040, USA
Read more
More posts