What Happens When You Change One Event In History? 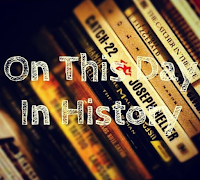 On November 22, 1963, American lives were forever changed when President John Fitzgerald Kennedy was assassinated by Lee Harvey Oswald on a presidential motorcade route in Dallas, Texas as he was driven past the Texas School Book Depository on Dealey Plaza. He had been shot once in the neck and once in the head before slumping over. JFK was taken to Parkland Memorial Hospital where he was given his last rites by a Catholic priest before being pronounced dead. John Connally, who was the governor of Texas, and his wife Nellie were also in the car with the President and his wife Jackie. John Connally was also shot and severely wounded, but he survived his injuries.

Have you ever wondered what would have happened if JFK hadn't been assassinated? Stephen King wondered how the world would have been different if John F. Kennedy hadn't been killed. This led to King writing a novel about a character named Jake Epping who has the ability to go back in time, and his tasks are to confirm that Oswald was in fact the only shooter and to keep him from shooting and killing Kennedy. The book was aptly named 11/22/63.

King did a fabulous job with the novel 11/22/63 and addressed several of the conspiracy theories that I didn't even know existed because they didn't teach us about those. In fact, I don't think we even spent much time on the Kennedy assassination at all, which is really a shame to gloss over something so huge in the American history. Some of the conspiracy theories include: multiple gunmen, the umbrella man, an inside job, Cuban and Soviet involvement, involvement from the Mob, and involvement even from the CIA!* 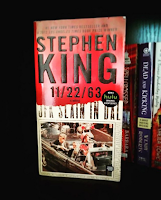 The novel was also turned into a mini-series shown on Hulu. The television show was done exceptionally well too and actually stayed close to the book. The minor changes that were made were necessary for the show to flow better, in my opinion. The cast was phenomenal as well . . . James Franco played Jack Epping and Chris Cooper played Al Templeton. Josh Duhamal also had a supporting role, and he really showed off his acting chops in this show!

Check out our book review for 11/22/63 by Stephen King (and read the book!), and let us know what you thought of the book. We'd also like to know your thoughts on the mini-series.