The Breakdown by B.A. Paris

Cass is having a difficult time ever since she decided not to stop to help the woman pulled over on the side of the road. She tells herself it was night time, storming, and in the middle of nowhere and not safe to stop, but then, the next day, that same woman Cass didn't help is found murdered in her car. Cass starts forgetting things . . . simple things. Then comes the mysterious phone calls and the feeling she's being watched. 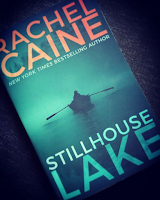 Gina Royal is your typical housewife that drives the kids to and from school and makes sure she has dinner on the table when her husband Melvin comes home from work. That all changes one day when she comes home from picking up their kids and the police are swarming their house. Melvin has been arrested for being a serial killer. After the trial, Gina and her kids go on the run to avoid the stalkers who are out to get them. 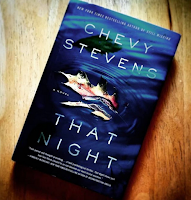 That Night by Chevy Stevens

Eighteen year old Toni Murphy and her boyfriend Ryan are your typical teenagers who get into minor trouble. When they decide to drive out to the lake and Toni's sister tags along, no one expected that her younger sister would be murdered. Fast forward several years . . . now thirty-four years old, Toni is released from prison and is determined to prove that she and Ryan did not murder anyone. 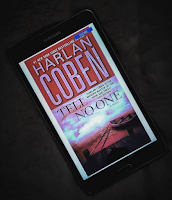 Tell No One by Harlan Coben

David Beck and his wife at their summer home when Elizabeth is kidnapped and killed. David is beaten and left for dead. Several years later, David starts receiving emails that lead him to believe his wife wasn't killed after all. Wanting her to be alive, David starts digging into the past to proof Elizabeth is alive and well, and this just might cost him his life this time.


Have you read any of these recommendations? If so, let us know which ones you've read and whether or not you liked them.