Book Review: Into The Water by Paula Hawkins 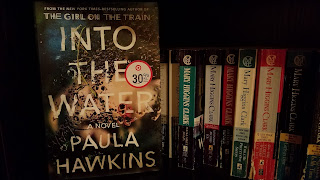 When I heard that Paula Hawkins was coming out with another book called Into the Water, I was super excited. I really enjoyed The Girl on the Train so I expected her second novel to be even better. I deliberately stayed away from reviews of Into the Water because I didn't want my mind colored by anyone else's thoughts of the book. However, with that being said, I kept procrastinating on either buying the book or checking it out from the library, so the more chance there was that I'd actually read reviews or hear one of my friends talk about the book before I actually got around to reading it.

I would have probably procrastinated even more had one of the book clubs I belong to not selected it to discuss in December. I finally bought Into the Water on November 12 while at Target and began reading it that day, but I didn't get too far into it. It just wasn't grabbing my attention. It wasn't until this past Sunday that I started to really dive into it because I was determined to finish one more book in the month of November.

With it only being 386 pages, I expected something to start happening within the first 100 pages or so, but much to my dismay, nothing at all had happened! Paula Hawkins was still setting up the story, and it wasn't until around page 150 that she even gave us a tiny morsel, and then, a few pages later, another tiny morsel. It wasn't until the last 100 pages or so that anything really happened, and even then, the ending was kind of anti-climatic. I couldn't believe that the majority of the story was so uneventful. 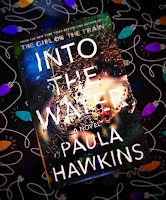 Despite it being uneventful and anti-climatic, there were some redeeming qualities to Into the Water. I loved how each chapter was told by a different character because it gave you a little insight to what all the characters were thinking. With that being said, I think she went a little overboard with it and used too many characters to tell the story. I also liked the concept of the book. It had so much potential, but I think Hawkins had a bit of writers block and was being pushed by publishers to finish writing the story. Overall, the book was just okay, which is why I gave it 3 stars out of 5 on Goodreads.com. Definitely worth a read, but if you loved The Girl on the Train, then you'll most likely be a bit disappointed in Into the Water.

Synopsis:  Single mother Nel Abbott is found dead at the bottom of a river in an apparent suicide after investigating the deaths of other women found the same way over the centuries. Jules Abbott, sister of Nel, is called in to identify the body and take care of Nel's daughter Lena.

Labels: book club into the water library paula hawkins target the girl on the train