I'm not sure what I expected from Dorothy Must Die (Dorothy Must Die Series, #1) other than I knew it would be a retelling of sorts of The Wizard of Oz by L. Frank Baum. Let me begin by saying that I'm not offended by foul language in the least, but seeing as this book series is targeted towards teens, I was caught off guard by the amount of curse words. Yeah, yeah, yeah . . . I know teenagers tend to curse a lot, and I guess the author was trying to appeal to them with the language. I know a lot of parents don't care if the book is age appropriate for their children and let them read whatever they want, but I definitely would recommend that children under the age of 11 not read this book just because of the language used.

When Amy Gumm landed in the land of Oz after the tornado, I was sure she was dreaming. However, the further I read on, the more unsure I was that she was actually dreaming. The reason I thought she was dreaming at first is that it always seemed that her injuries magically healed themselves. Time will only tell when I read the sequels. One thing that really bothered me was what I consider to be an editing oversight . . . in the third chapter, Amy talks about how sore she was from her fall into Oz, but in the next chapter, she tells us that she was "free of bruises, aches, and pains". Then, she goes on to say that her headache had subsided. These contradictions frustrated me a lot.

Wicked witches aren't supposed to work together.
But that was before Dorothy.

The above quote was one of my favorite quotes of the entire book and pretty much sums up the story line into one concise statement. Dorothy had returned to Oz and turned into an evil person, and now 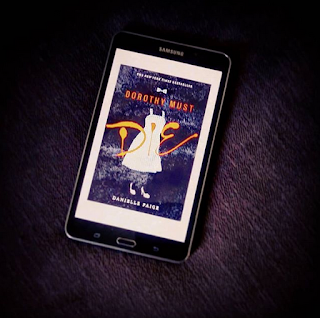 the wicked witches were now "good witches". I really hated that the author turned Dorothy into the bad guy. In fact, all the good guys in the original series have been turned into the bad guys. It definitely puts a cloud over how I think of the movie The Wizard of Oz. I haven't read any of the original books, but Dorothy Must Die (Dorothy Must Die Series, #1) has definitely renewed my interested in picking up Baum's books.
One thing I absolutely hated about this book is all the torture that was inflicted on quite a few of the characters, especially when some of the animals were tortured. This is another reason why I wouldn't let children under the age of eleven read this book. If it bothered me as an adult, I hate to think how it would affect young children.