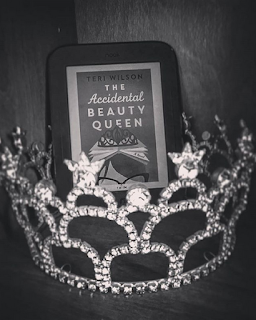 While scrolling through my Instagram feed, I came across a post from OnTheBookList that featured the novel The Accidental Beauty Queen by Teri Wilson. Having been a former beauty pageant contestant and beauty queen, the name of the book intrigued me. I immediately looked at the synopsis on Goodreads.com and decided that I had to buy and read this particular book.

The Accidental Beauty Queen is a romantic comedy about identical twins Charlotte and Ginny Gorman. Charlotte decides to fly to Orlando, Florida a few days early to visit Harry Potter World while her sister Ginny is competing in the Miss American Treasure pageant. However, in less than 24 hours of being in Orlando, Charlotte has to rush Ginny to the hospital when she has an allergic reaction to something that makes her face swell up and a rash break out. Not able to compete in the pageant until her face clears up, Ginny convinces Charlotte to pose as her in the pageant. 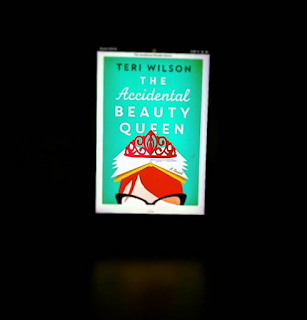 If you'll be going on vacation soon, this is the perfect book to take with you. It was fun and lighthearted although a bit predictable. I was able to finish it in one sitting and would actually classify The Accidental Beauty Queen as chick lit. What I loved about this book is that the author actually seemed to actually have an idea of what really goes on in beauty pageants and didn't bad mouth them. This actually made my day.


Another thing that I loved was all the mention of different books but especially of the Harry Potter book series. Since the main character, Charlotte, was a librarian, it made me wonder if the author is too. I'd love to have a career as a librarian myself, but unfortunately, it requires a Masters Degree where I live, and they aren't paid very well. When I finished the book, I did find out that Teri Wilson (the author) has judged a few large beauty pageants and that is likely why she has such a good handle on writing about them. It also made me wonder if she had competed in them herself.

Even though this book was very predictable, it was written extremely well and kept my attention the entire way. Because of all this, I gave it four out of five stars.