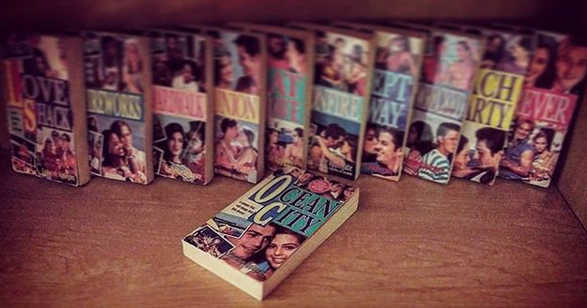 When I was a teenager, one of my favorite authors was Katherine Applegate. Her books were almost always a teen romance or a teen drama that was similar to that of the television show Beverly Hills, 90210. I was always left with wanting more, which just goes to show you that Katherine Applegate is a talented writer. With that being said, I wanted to see if one of my favorite book series by her stood the test of time, so I picked up my copy of Ocean City (Ocean City, #1), and I was not disappointed. 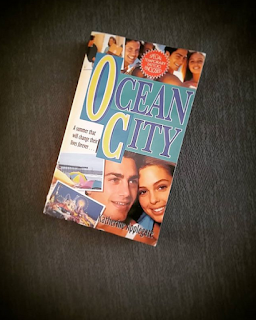 Kate Quinn and best friend Chelsea Lennox head to Ocean City, Maryland without their parents for the summer for a chance to be on their own before they head off to college in the fall. Things go horribly wrong when their housing falls through. They are forced to rent an expensive five bedroom house with a boathouse on the bay and scramble to find roommates to help with the rent.

What I remember thinking when I first read Ocean City (Ocean City, #1) was that all the characters seemed so grown up because they were already living on their own and had jobs right out of high school. As an adult, the situation seems like it is something that would take place during the latter years of college or just after they graduated college, not before. Furthermore, my parents would not have let me go off to live in a city with a friend for the summer, and I can't say that I'd let my recent high school graduate (if I had one) go off for the entire summer either . . . I don't care how responsible they are!

Something that I loved about this book is that the themes it deals with are serious topics that should make tweens and teens really think. Themes involved are romantic relationships, unwanted sexual advances, suicide, alcoholism, dysfunctional families, and immigration. None of the themes went too deep, but as a teen, it definitely made me think, and all of these topics are still very relevant in this day and age. It's always great to see a book hold up over the years and stay relevant. I definitely think this is a book that tweens and teens would enjoy.

Even with the seriousness of the topics in Ocean City (Ocean City, #1), this was a super fun read, even as an adult, and it definitely made me nostalgic. I gave this book five out of five stars.