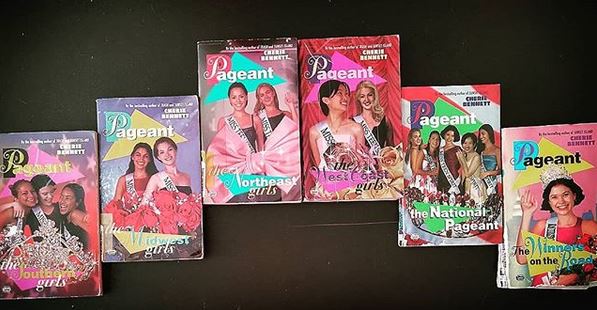 In my quest to reread my way through my childhood, I picked up a book called The Southern Girls (Pageant, #1) by Cherie Bennett. I have always been hesitant to read fiction books on the topic of beauty pageants because I use to compete in them from the age of eight to the age of nineteen, and so many books on this topic seem to be completely off base. Or, the author doesn't like pageants and tends to demonize them. However, Cherie Bennett does a fair job of portraying beauty pageants.
This particular book series was one of my favorites by this particular author . . . second to Bennett's Sunset Island book series. The characters are extremely relatable and for the most part, likable. The only exception was Allison "The Virus" Gaylord, who will do anything to win. Of course, there always has to be a bad guy. At one point, Allison blackmails Willow over something in the past that was covered up by her parents. Willow's parents just happen to be big shots in a particular political party. 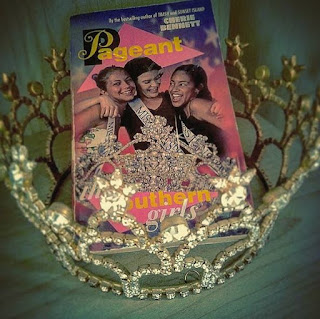 What I didn't like about the cover up was that Willow's parents were part of a particular party, and it appears that Cherie Bennett doesn't like that political party, so that was a negative thing for me. It would have been better to leave it up to the reader's imagination to determine the political party. One other thing that bothered me was that one of the characters was an alcoholic. I know that teens will party and drink alcohol, but I found that a teenager being an alcoholic wasn't very believable. Or, maybe I've just been living in a bubble my whole life.

One of the positive story lines was that of the character Katie Laramie, who always tried to make the best out of a bad situation. She is considered "trailer trash" by the people in her community because she lives in a trailer park, and the rent and other bills are always late. Her mother works at a pharmacy and struggles to make ends meet. Especially since Katie's father is in and out of mental institutions due to his PTSD from the Vietnam War. Katie is trying to rise above being poor and desperately wants to be able to go to college. However, to do so, she needs the money and scholarship that the winner of the national pageant receives. I love the fact that this character tries to not let her situation bother her and keeps her head held high.

Despite some of my negative comments about The Southern Girls (Pageant, #1), this book was entertaining and does a decent job portraying beauty pageants and the girls in them. This book is appropriate for kids and teens between the ages of eleven and eighteen, and I think kids today would still find it very relevant. I gave it four out of five stars.
Synopsis of The Southern Girls (Pageant, #1) by Cherie Bennett:  Teen Spirit magazine is holding their first ever beauty pageant for girls that are seventeen years old. The first regional pageant is for local title holders in the south, and there are over thirty girls competing to win the southern regional pageant. Six girls will be chosen as a winner and move on to the national pageant.
Follow Us On Social Media