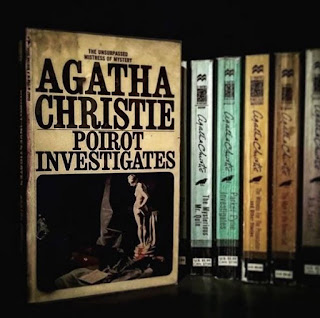 The first time I ever heard of the author Agatha Christie was in the eighth grade when we were required to read the book Ten Little Indians, which is also known as And Then There Were None. I remember enjoying the book but never picked up another one of her books. That is until I enrolled in a 20th Century World Literature class at my university during the 8-week summer semester where we would read eight books of the course of the semester. Two of those books were The Murder of Roger Ackroyd and And Then There Where None. After revisiting the book that was originally required reading for me in the eighth grade, I fell in love with her writing all over again and began to binge read all of her books. The Hercule Poirot series is definitely my favorite series by Agatha Christie. However, I read the series out of order, and I am rereading the Hercule Poirot books again; this time in the order of publication. 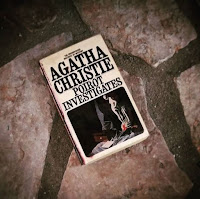 I enjoyed some of the stories more than others, but that is to be expected. I loved the fact that I was able to solve some of the crimes before the end of some of the stories. And, of course, I wasn't able to solve all of them. I enjoyed that one of the short stories, The Adventure of the Egyptian Tomb, had to be inspired by the tomb of King Tut . . . whether it was or not, I'm not sure, but it was an interesting story. My favorite short story in this collection was The Adventure of "The Western Star". The story that was the most intricate that I didn't see the end coming was The Disappearance of Mr. Davenheim. The conclusion made my head hurt.


Although I don't typically read short stories, I find that they're perfect for when you're short on time and want to read or for those moments when you spend a little bit longer in the bathroom. I gave Poirot Investigates (Hercule Poirot, #3) three stars out of five.