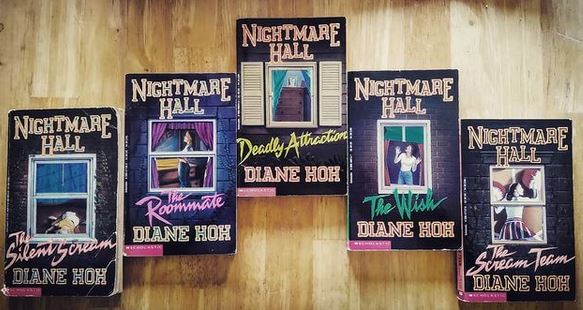 The Silent Scream (Nightmare Hall, #1) by Diane Hoh opens with six students arriving at Nightingale Hall dubbed Nightmare Hall, which is their off campus dorm at Salem University. After the students learn the deep, dark secret that another student committed suicide in the dorm, odd things begin happening. 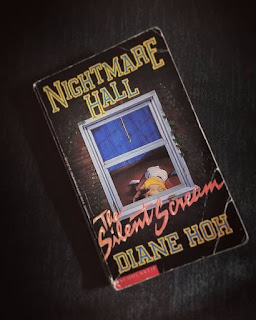 In my attempt to reread my way through my childhood, I picked up The Silent Scream (Nightmare Hall, #1) by Diane Hoh. Since this wasn't a book that I reread a ton as a kid, I really didn't remember too much about the book with a couple of exceptions, and those parts that I did remember, I only remembered when I started reading those sections. So, it was like reading the book for the first time again, and it gave me all the feels and didn't disappoint.

Diane Hoh did a great job on throwing suspicion on several different characters throughout the book on who the "bad guy" was. Being an adult, I thought I knew who it was from the get go, but when the author put out the other clues, I did doubt myself a bit and let myself be led astray. The great thing about this book is that everything was resolved by the end of the book.

The Silent Scream was a compelling read and fast paced. It could easily be read in two or three hours, even by the target audience. With that being said, every time I sat down to read, I was really tired and only got fifty or so pages read at a time, and it took me a few days to finish. I gave it five out of five stars, and even though it was written in the 1990's, kids today would enjoy this book and the series.

If you enjoyed The Silent Scream (Nightmare Hall, #1) by Diane Hoh, then you would enjoy Trick or Treat by Richie Tankersly Cusick.